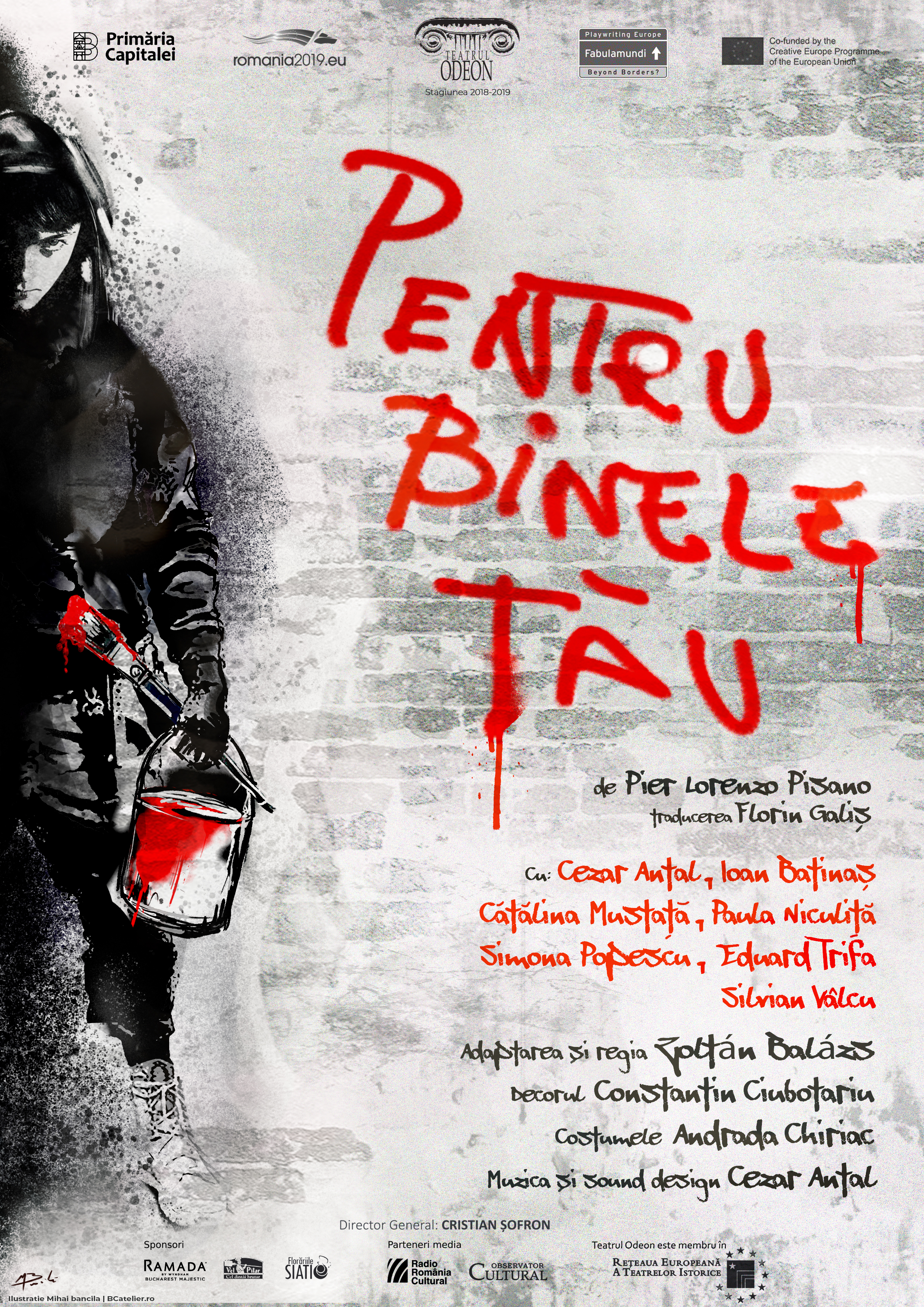 A son returns home to face a difficult situation, and his arrival sets in motion the family mechanisms that have always been jammed. Mother, father, grandmother, uncle are all part of a conspiracy based onthe blackmail. The blackmail of love. What family realy is? How does it relate to strangers? And above all, can you survive it?
For your own good won the Riccione-Tondelli Award in 2017 . The play was staged, in French translation, at Theatre Ouvert (Paris) in 2018, which also published the text in its "Tapuscrit" collection. The French version was also presented at the opening of the 72nd Festival d'Avignon in the “Forum des Nouvelles Écritures Dramatiques Européennes” program. For your own good also received staged readings in Theatre Dramatyczny (Warsaw) and all around Italy, and finally debuted in Teatro delle Passioni (Modena) in 2019, directed by the author.

Pier Lorenzo Pisano was born in Naples, Italy, in 1991. Director and author for cinema and theatre, he graduated as a film director at Centro Sperimentale di Cinematografia (National Film School) in Rome. His debut short film As it is on earth was selected in competition at the 71st Cannes Film Festival. He then broadened his interest in writing, receiving all the major Italian playwriting and screenwriting awards (Tondelli Award, Solinas Award, Hystrio Award) and was selected in the international project Fabulamundi-Playwriting Europe. His plays are translated into English, French, Romanian, Czech, Polish, Russian. In 2019 he is invited in a writing residence by the Royal Court Theatre (London) to develop his next play.
The director Zoltán Balázs, artistic director of one of the nmost important independent theatre in Budapest, Hungary – Maladype Theatre collaborates for the second time with Odoen Theatre, after he staged in 2018 Gardenia, many awards winner at theatre festivals in Bucharest and in the country, with the same team of scenographers.

For your own good was produced within the European project Fabulamundi. Playwriting Europe, third edition, funded by the European Commission within the program Creative Europe 2017-2020.
Fabulamundi Playwriting Europe: Beyond Borders? is a cooperation project among theatres, festivals and cultural organisations from 10 EU Countries (Italy, France, Germany, Spain, Romania, Austria, Belgium, UK, Poland and Czech Republic). The network aims to support and promote the contemporary playwriting across Europe, in order to reinforce and enhance the activities and strategies of the professionals and artists working in the sector and to provide the theatre authors and professionals with opportunities of networking, multicultural encounter and professional development.