by Enda Walsh, after „The Brothers Karamazov" by F.M. Dostoievski, directed by Vlad Massaci 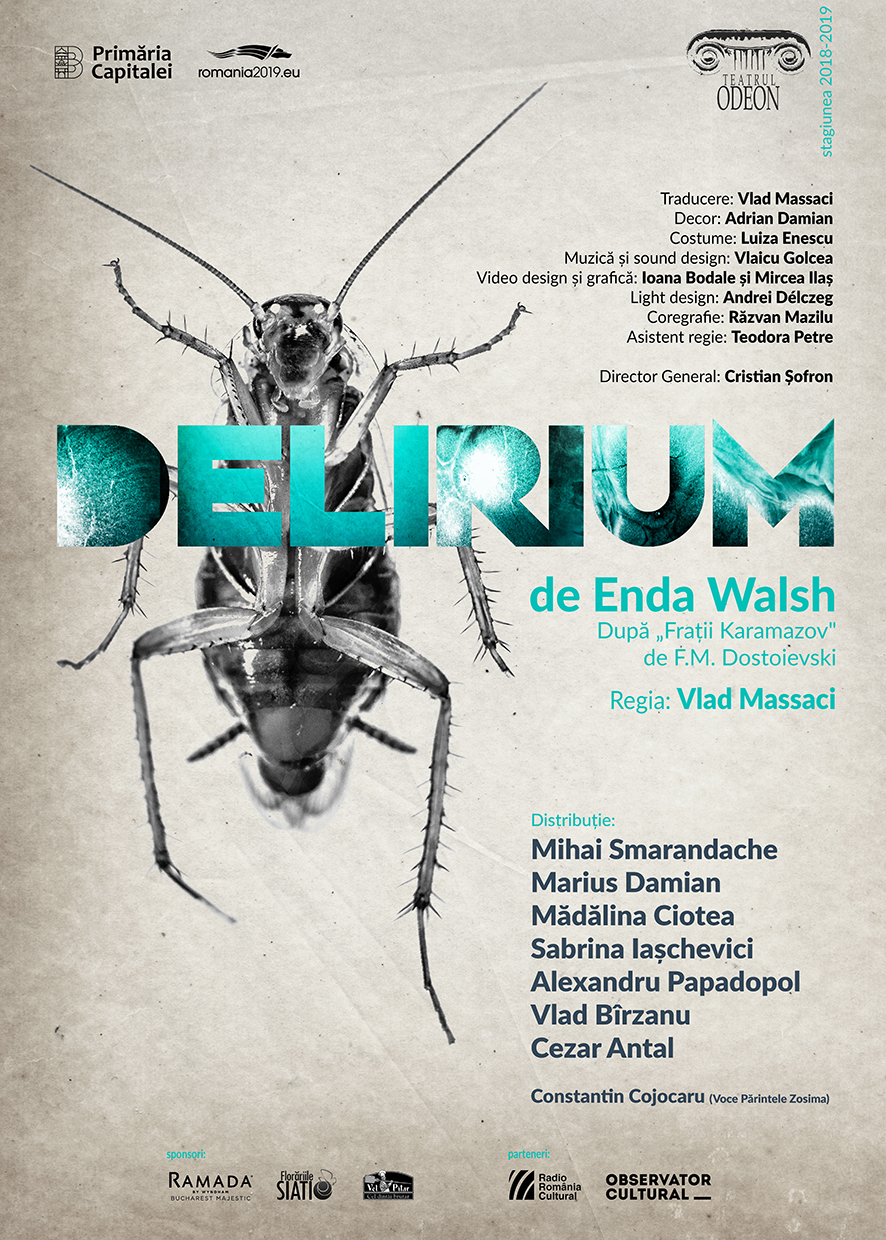 NOT RECOMMENDED FOR UNDER-16S!

The Karamazovian insect crawls, devours the light, the good and the truth and, satiated, gives space to the abyss in which the five Karamazovs sink into.

"Delirium" by Enda Walsh, a radical reinterpretation of the novel “The Brothers Karamazov” by F.M. Dostoyevsky, is the first play that the director Vlad Massaci staged at Odeon Theatre.

“Delirium” helped me to better understand who I am. I felt a deeply personal connection with the five Karamazovs and I always had the feeling that through this performance I share facts about myself. I think the audience will also feel that they can identify with the characters, but they will not know why. Well, maybe it’s because each of us contains small parts of each of all this five Karamazovs. - Vlad Massaci

“Delirium”  is the result of a collaboration between the awarded Irish playwright Enda Walsh and Theatre O in London. It was first staged in 2008 in Dublin and in it, in a cabaret of grotesque, sin, and decay, music, dancing, puppet play and animation are intertwined.

In their Prologue to the published text (Nick Hern Books, 2008), Joseph Alford and Carolina Valdés, Co-Artistic Directors of Theatre O, write that "Delirium explores a world without morals, depicting the human condition in a harsh and uncompromising way. The determined brothers of the title, and their despicable father, are each driven by an individual mix of passion, intellect, faith and frustration. Feuds over women and money ensue and bad blood runs deep, as beliefs and spitefulness ignite a frenzy of emotion so strong it is impossible to contain.”